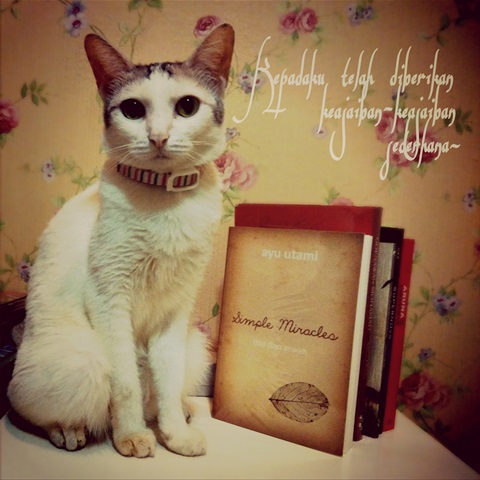 "I have been given simple miracles." A photo with a quotation from my book made by a reader, Angelina Enny.

For English see below

It seems that critical spiritualism is a mission that haunted me since I wrote The Number Fu (2008). A Japanese tourist who listened to my presentation at the Ubud Writers and Readers Festival once asked me: what exactly is your spiritual teaching? Well, I’m not a spiritual guru. I’m not interested in any approach that emphasizes the use of the language of the spirits (the non-linguistic language). What I want to explore is how our critical reason can open up to something beyond its limit. I want to mobilize all power within our language so that through language we are able to understand the foundational problem of language. And I want to do it through Indonesia's experience.

“Openness” seems to be a crucial keyword. On a second night of Christmas in 2013 I got a dream. So close to what I had written in The Number Fu, that in the dream we can comprehend something crystal clear, but once we wake up the comprehension disappears. Only a bit of its tail still can be seen. In my case it was a phrase saying “a formulation which is not closed.”

My readers mostly do not read philosophy. I think my call are: 1)  to write stories which my readers can feel and understand; so, without becoming too elaborative in the philosophical details. 2) to not go too far in the spiritual world (to not leave the level of critical reason). 3) to do this by summoning up the intellectual and spiritual sources of Indonesia.

I had been wanting long enough to write the critical spiritualism series. Eventually the first book of the series appeared in 2014, Simple Miracles, a story about my mother’s death... 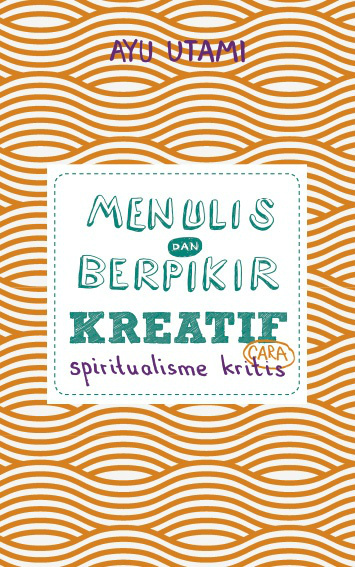 If you find the English version wrong... correction is welcome. Please send it here.